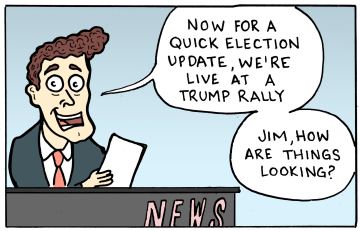 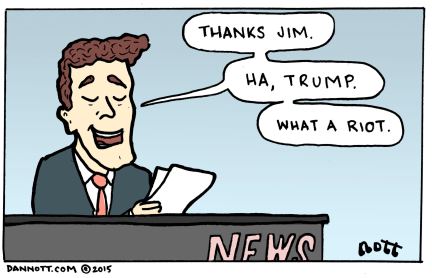 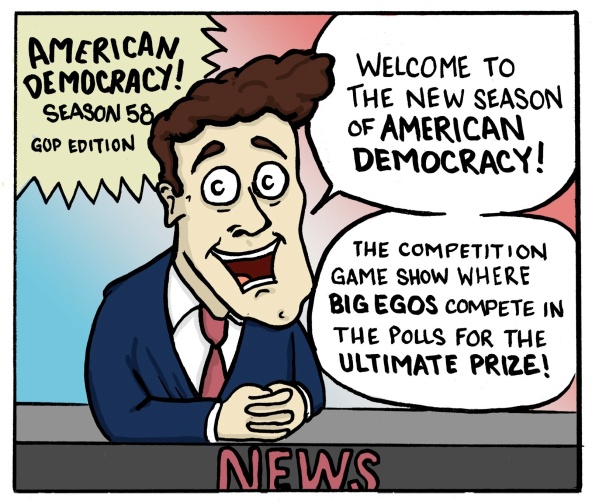 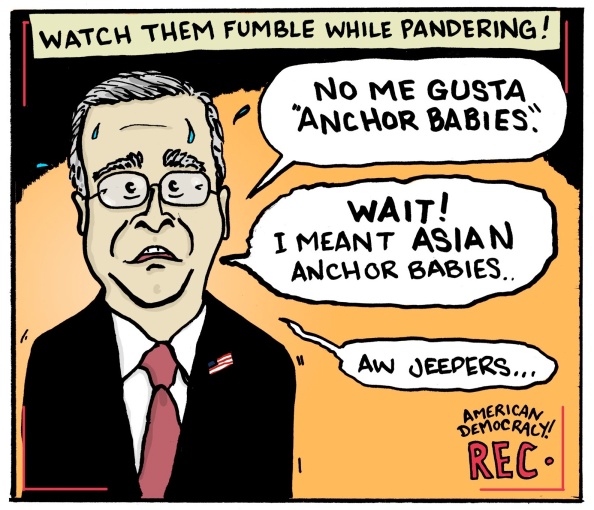 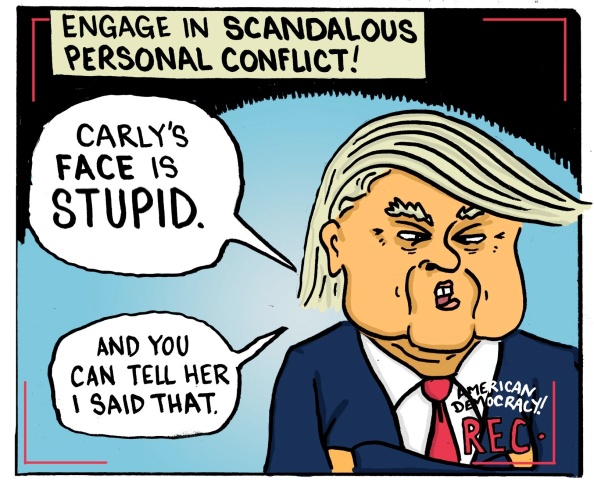 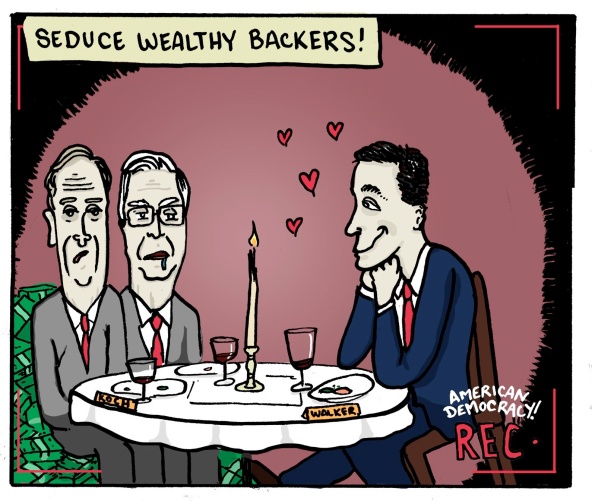 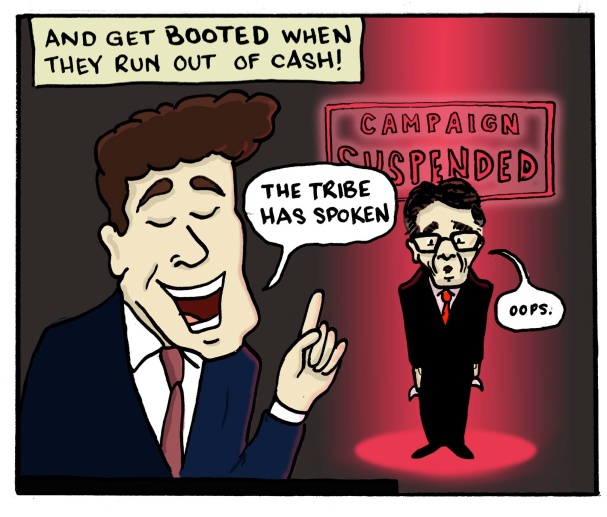 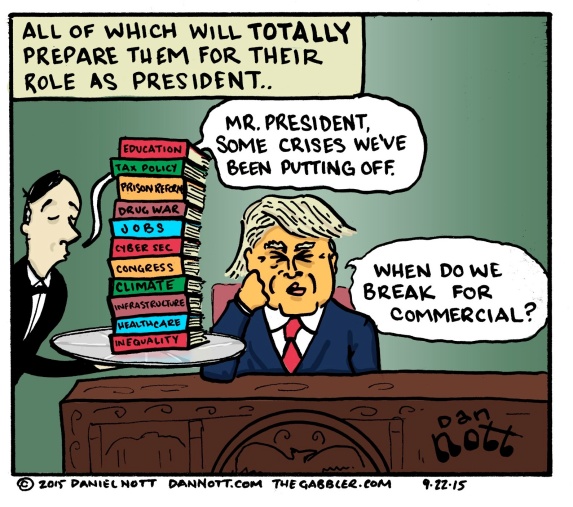 Last year I thought about using a reality TV show metaphor to highlight the similarities with the way we carry out elections. When I went back to the idea, it turned out that I wasn’t even working with a metaphor anymore. The huge field of Republican candidates, led by the former star of NBC’s reality hit “The Apprentice,” combined with the unspeakable laziness of broadcast media has led to an elimination game show style of campaign strategy and media coverage. All we can hope is that whoever wins is prepared for the challenges they face when they go from being a contestant in a reality show to President of the United States. 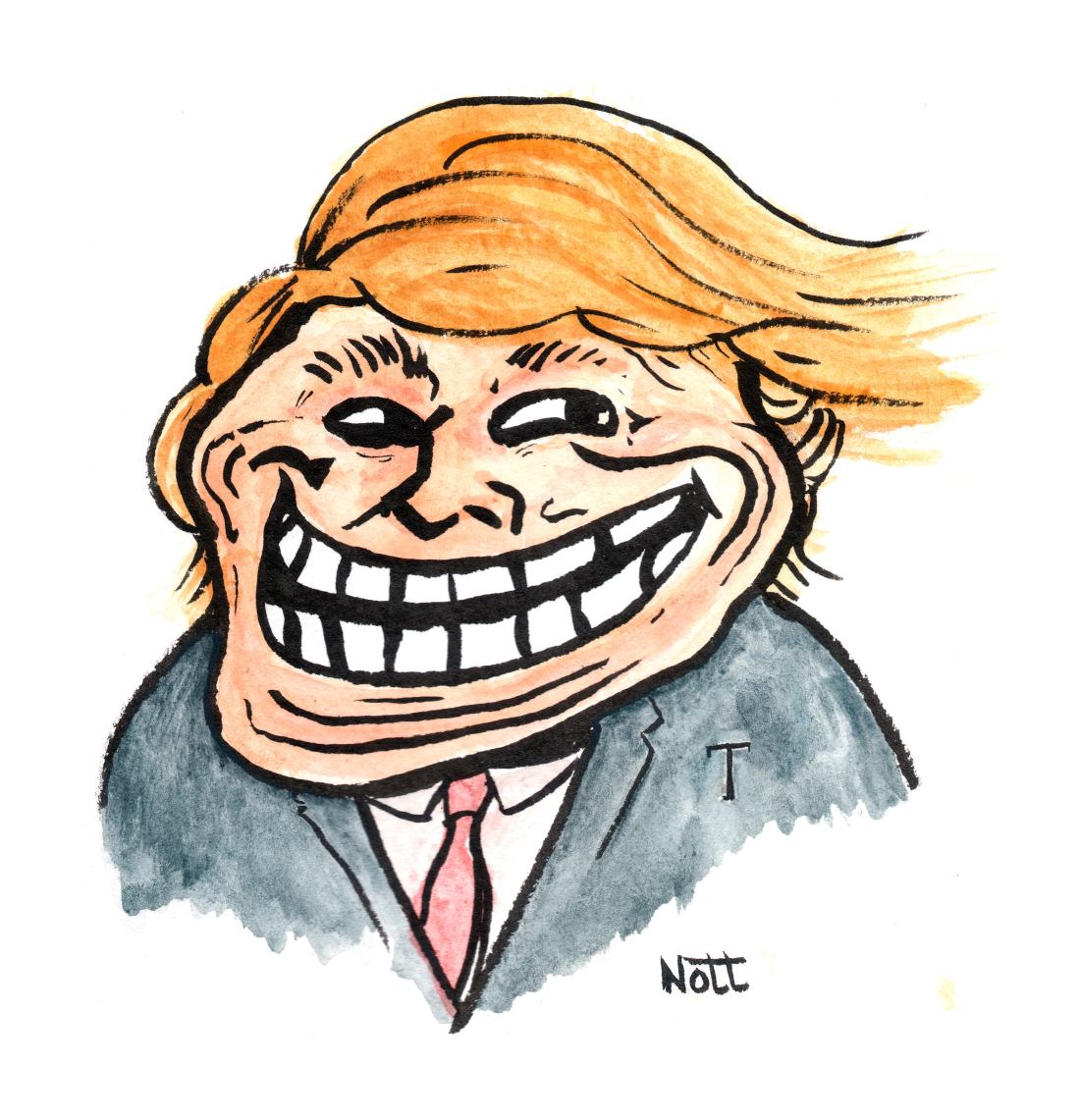 My name is Donald Trump, and I am a troll face.

All due respect to Carlos Ramirez (Whynne) who created the trollface meme.

I’m not the first one to have this idea — check out an awesome Chrome extension by Byron Clark that will swap out each instance of “Political Correctness” with a more appropriate phrase. Clark based that off a blog post by Neil Gaiman on the same topic. For a good breakdown of the word check out this post by Mark McCutcheon and Amanda Taub’s response toJonathan Chait’s problematic article on political correctness. 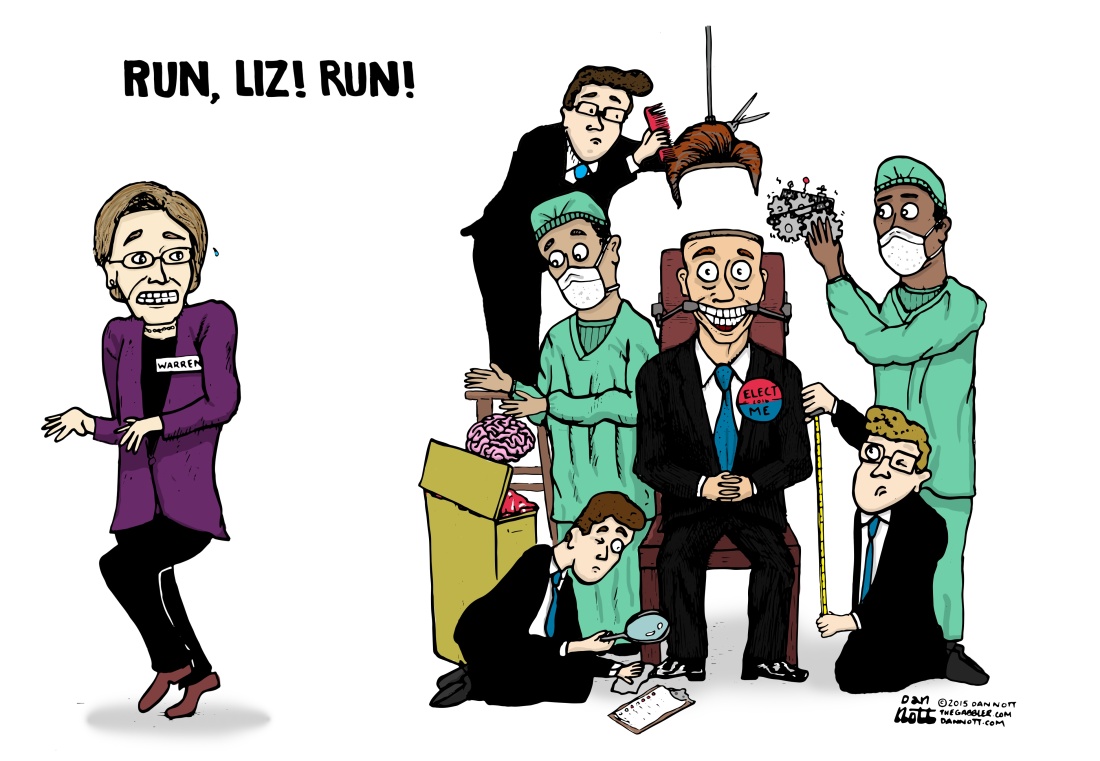 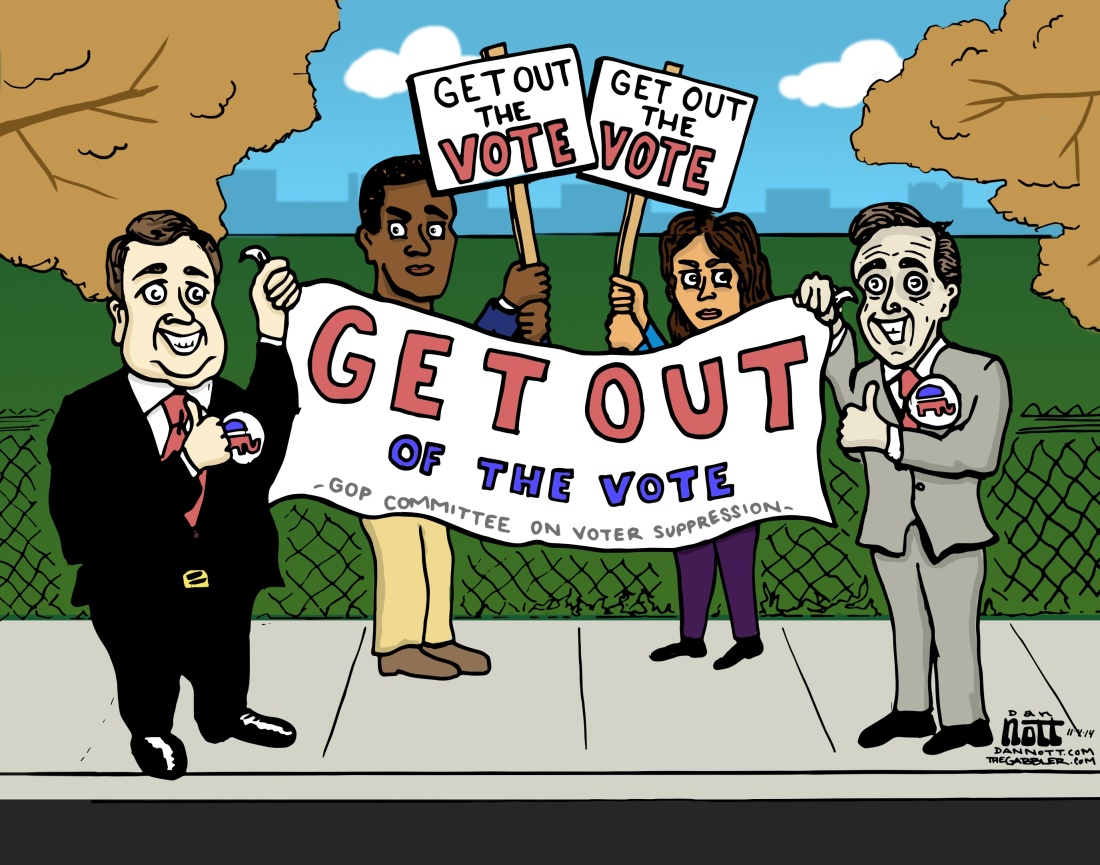 One good reason to vote – regardless of who or what you’re voting for – is that many Republican governors and legislatures across the country have been working tirelessly to create barriers to the ballot. Much of this is done under the guise of preventing voter fraud, but the argument doesn’t pass inspection. In Texas, where under current laws citizens can vote using a gun permit but not a student ID, as many as 600,000 people may not be able to vote. Texas’s strict voting regulation is being pushed despite there being only 2 cases of voter fraud out of 20 million votes cast statewide in the past decade. Many politicians have come right out and said what the voter ID laws are about: narrowing the voting pool. For example, Chris Christie said that the GOP needed to win gubernatorial races so that they were the ones controlling the “voting mechanisms” going into 2016. This is because the stricter voting regulations have a disproportionate impact on minority voters. 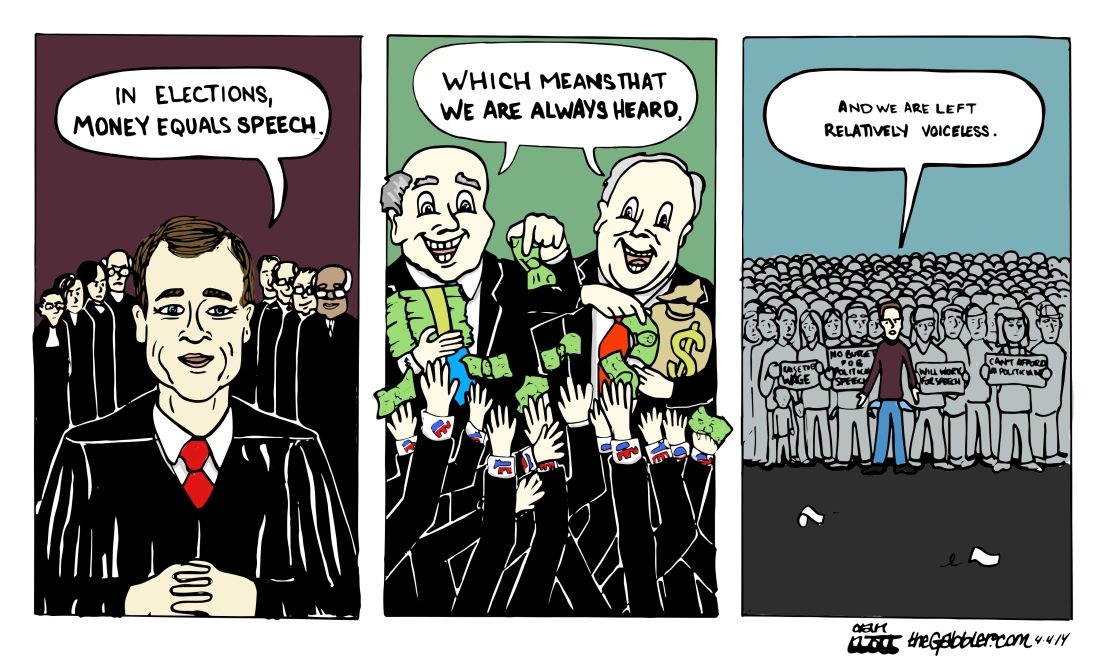