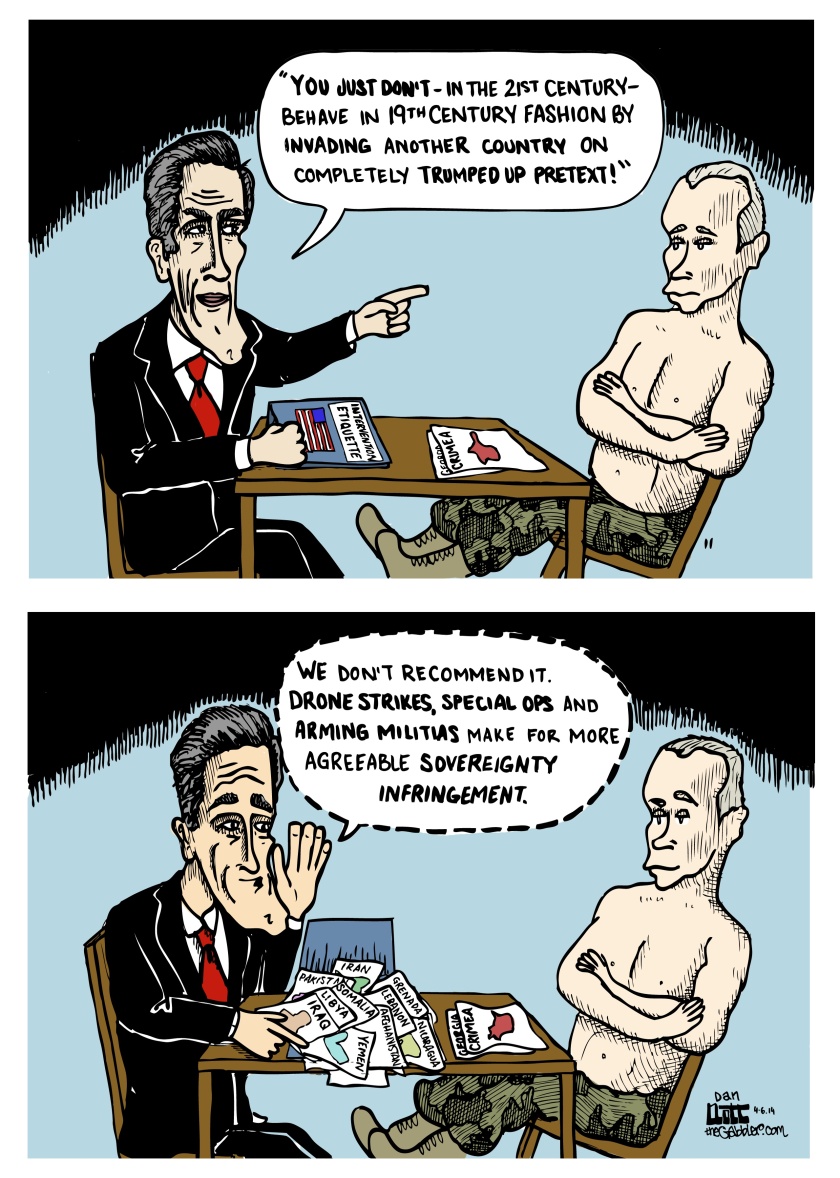 The unsolved problems that have dominated the national discourse this year will only intensify as we make our way into another election year.

2013 was the first year that I kept a consistent schedule, working with The Gabbler’s editors to pitch ideas and angles for cartoons. Again and again, I found myself focusing on certain themes: the intimate relationship between moneyed interests and the government; technology and the perpetually-multiplying powers of the executive branch; and political events that are shaping the direction of the world.

The closeness between the government and moneyed interests is clearly on display in the legal treatment of banks for their far-reaching crimes. My first cartoon this year – an admittedly conventional and unimpressive illustration of an unidentified character shouting at the DOJ’s Lanny Breuer and an oversized personification of HSBC – was a reaction to small fines for heinous money laundering practices. This topic came up again in October, when J.P. Morgan Chase and their acquisitions WaMu and Bear Sternes also avoided criminal charges for recklessly tanking the economy.

This theme will likely be even more pronounced in 2014, as corporations continue to shape our government by blatantly using massive amounts of money to choose who gets elected, and the gap between the rich and poor widens.

END_OF_DOCUMENT_TOKEN_TO_BE_REPLACED 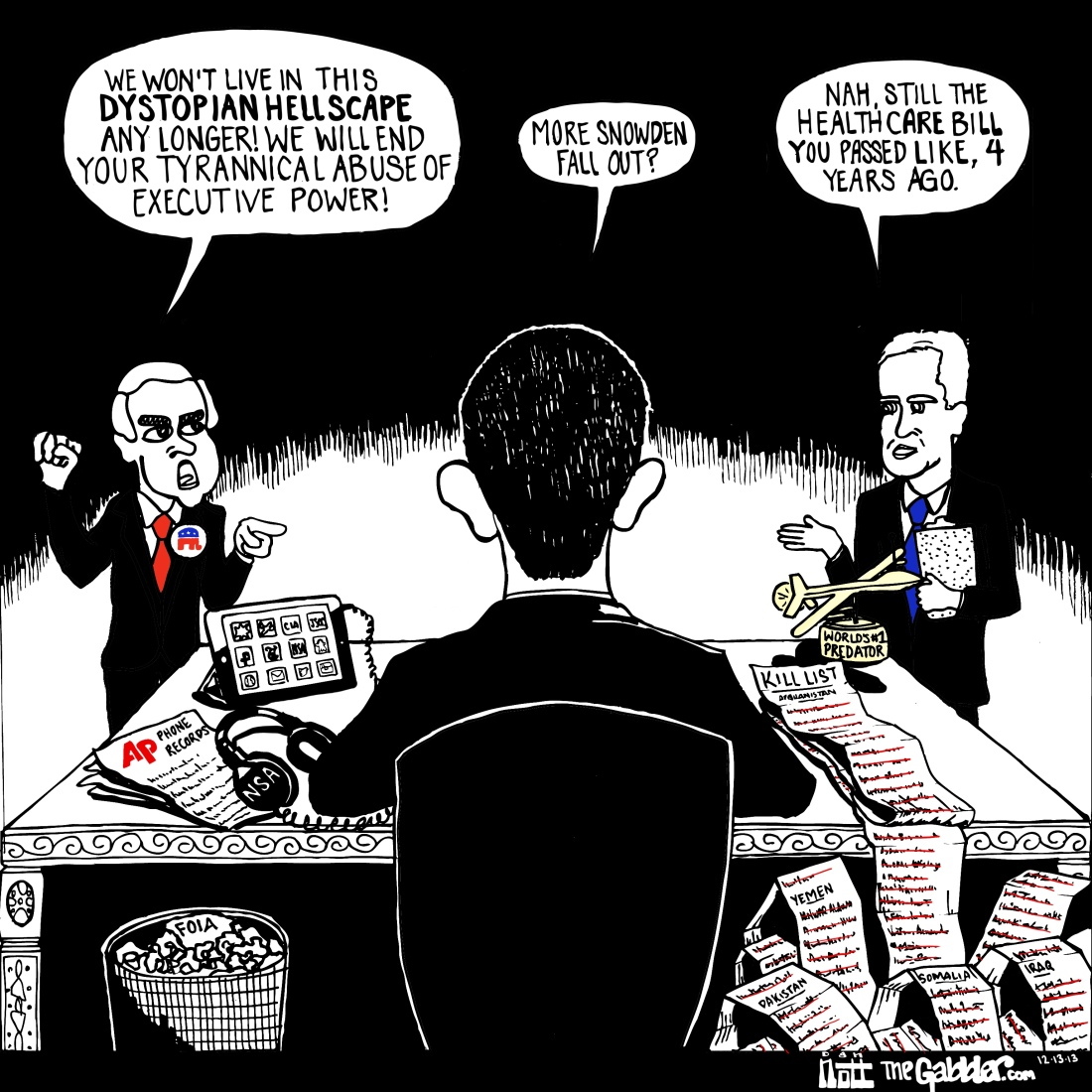 Google and others claim that any technology that frees humans from doing repetitive manual labor is a positive thing. In an idealistic way, I agree, but realistically, it seems like the market is eliminating many more jobs than it is creating. Oxford researchers suggest that 47% of total U.S. employment is at risk due to computerization.  This cartoon was mostly about robots in the future, but as Paul Krugman pointed out, computerization is already hollowing out middle-class and highly skilled jobs, from legal research to chip design, and is reducing labor’s influence in the market. How far off is an editorial cartooning robot that can simplistically label stock images to provide thoughtless commentary? Cartoons like this and this suggest it’s not very far.

See this cartoon and more at The Gabbler. 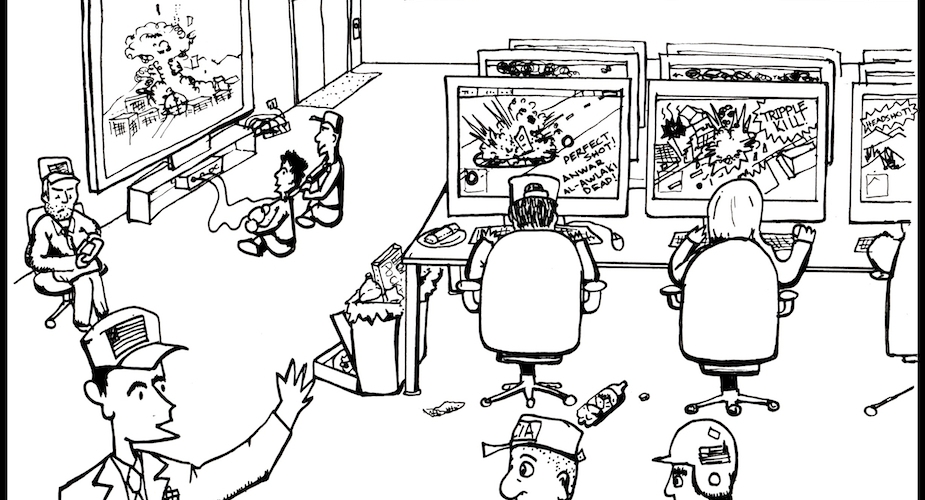 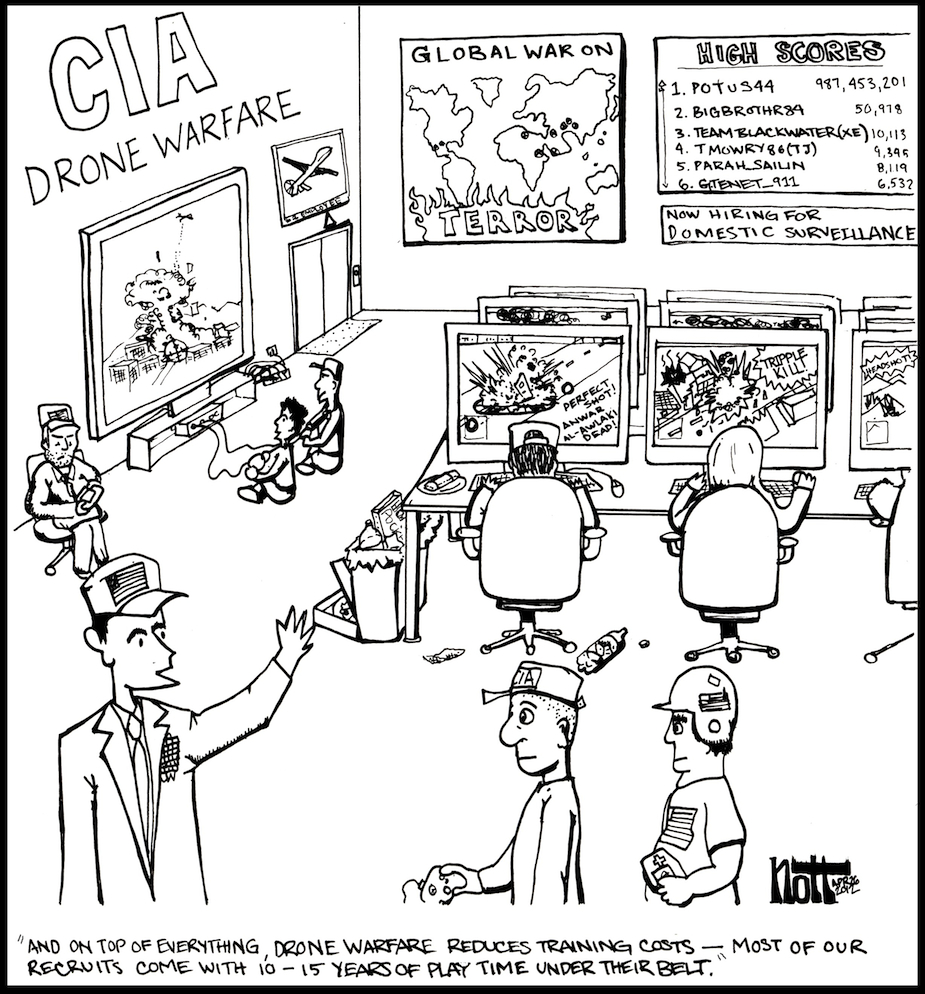